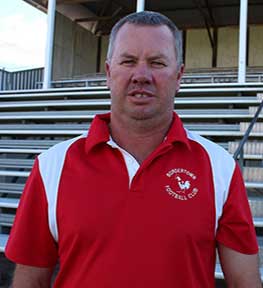 After a tough first round to start the season it’s been great as Coach to see the boy keep improving. We have 24 players in the top two age groups with a few younger age boys filling in a few games as well. There are a number of boys who are playing footy for their first season so it’s good to see them improving each week and gaining confidence. We have won 3 games and lost 3 so it has been a good first half of the season. The boys miss a couple of extra games unfortunately over the next few weeks just the way the draw goes. We will keep training well through these weeks and play some internal matches. It has been enjoyable coaching the boys and I look forward to watching them keep improving during the season to end it with a strong finish.